The Pebble Mine has the potential to permanently and irreversibly damage the salmon runs on which the bears of the Alaska Peninsula rely.

The current proposal for the Pebble Mine includes:

The Pebble Mine has proposed alternate infrastructure development that would be similarly damaging.

For nearly two decades, Bristol Bay residents have vigorously opposed industrial mining that threatens the most prolific wild sockeye salmon fishery on the planet, 20,000 fishing jobs, $1.5 billion fish-based economy and vibrant Alaska native culture and traditions. Local opposition is backed by strong science that shows the proposed Pebble mine would have permanent and irreparable damage to hundreds of miles of streams and nearly 5,000 acres of wetlands, and risk catastrophic harm from a tailings facility that is uncertain to function as designed.

On November 25th, 2020, Americans across the country celebrated when the U.S. Army Corps of Engineers denied the permit for the Pebble mine. However, Pebble Partnership is pursuing an appeal of this ruling, and long-term protections are still needed for the region.

On September 9, 2021, the United States Environmental Protection Agency agreed to reverse the Trump Administration’s removal of protections for Bristol Bay under the Clean Water Act.  In 2014, the EPA determined to restrict the Pebble Mine from using the Bristol Bay watershed to dispose of mine waste.   The Trump Administration reversed that decision in 2019, and the EPA has agreed to reinstate the 2014 determination.

Battles have been won, but the war rages on.  Until permanent protections are in place for the Bristol Bay watershed, Pebble Mine will continue to fight to develop the mine.  This is what it would look like: 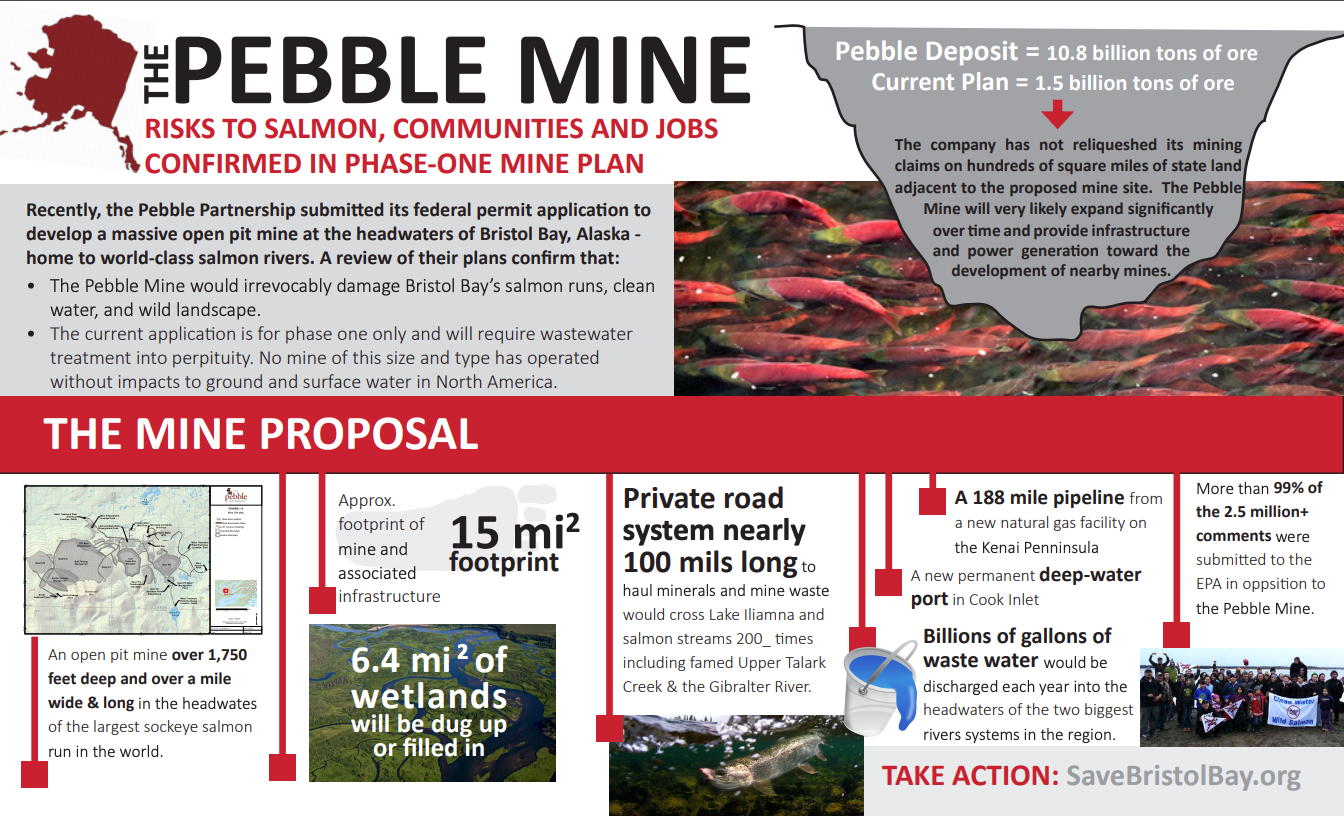 If you have enjoyed my recent bear photos, please watch this video regarding the proposed Pebble Mine in Alaska:

Please consider calling or writing to Gov. Dunleavy, Sen. Murkowski, and Sen. Sullivan and expressing your concern about the protection of salmon and the negative impacts of the Pebble Mine.

You can also submit written comments at this link: Take Action

If you’d like to learn more about the Pebble Mine, please visit Save Bristol Bay.